Menu
Log in
Register
Install the app
You are using an out of date browser. It may not display this or other websites correctly.
You should upgrade or use an alternative browser.

The Time is soon for me to make a stand

addy said:
I sometimes think people in this country WANT to be controlled. They want to live on their knees and be told what to do, what to think, what to believe in. I can't understand why. How pathetic and humiliating to want to live like a slave.

I'm wondering if Castro Jr is going to send in the army if things don't get resolved soon. If there is any violence during the protests it will have started from the RCMP hired boots.
Click to expand... 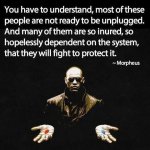 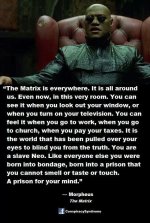 If anyone is paying attention to the actual footage on the ground they will see the media and politicians are lying. It is abhorrent.
Perhaps this is the wake up people needed to finally realize we are living under tyranny.
I pray nothing bad happens to anyone there.
This could possibly be the Alamo for Canadians. Stand up now or live under dictatorship.

I could go on for hours about the horrible things they are doing. For instance monitoring social media and showing up to people’s houses to drop of pamphlets about “peaceful” protest. This is intimidation.

I ran into some patriots in a parking lot that were headed to Coutts the other day. I talked with them and thanked them from the bottom of my heart. I tried to give the guy a hundred dollars and he said he wouldn’t take it. I said please give it to a trucker then. It’s the least I could do. I drove away feeling terrible. I had to work later that day. I thought to myself how dare you only give money as if that is some type of help. I should have called work and said I’m not working I am going to Coutts.

This has impacted me mentally and physically. I have been trying to get this message across for some time to people about tyranny.
Since this started I haven’t been able to sleep, constantly watching videos from those on the ground. I go from excited to enraged to depressed many times a day. It has taken a massive toll on me. My woman told me 2 days ago she is concerned about me. I haven’t been sleeping, I won’t eat all day then binge eat. I can’t focus at work or any other task. I am sliding into a dark place.

When she brought up her concern, I told her what I am going through. I told her I needed to join the fight. She said she would agree to me going if I wasn’t so passionate about it. She doesn’t believe I could go there and not be violent. I wholeheartedly agree that this could push me over the edge if I actually go. The protest isn’t about violence. It can’t be because that will give the tyrants the trigger they need to come down hard. She told me if I went there and did something stupid that could have a far bigger negative impact rather than the positive impact of one more body there.

The decision was made I will go south instead for a few weeks, get some sun and try to clear my mind.

God bless everyone there. Keep it peaceful, hold the line.
Click to expand...

Great post Taureau,
3 ml i just posted something on the covid thread, i as well am getting great anxiety. In December when i was doing small protests on my own, i mentioned on here, pulled out of buildings by cops, pulled from the gym by cops, i was peaceful and educated. Not shouting and acting like an idiot. I joined action Canada, i spent a whack of cash on donating etc.
I finally said fuck it, i did not give up, i went a different path and started looking out for me and mine.
Then protests started, i gained hope again, and for the last 3 weeks i go up and down like a yoyo. Thinking we are winning, we are losing, we are winning, Fucken Trudeau.
Anyway, it is very hard, and i imagine many, many feel this way.
My wife and i will make the trip in a couple of weeks, i have a lot to put to bed for farm, animals etc before i can leave unattended for any duration.
I can do it without being violent, my wife number one concern is she worries i can not. I've tested myself while doing other protests and had folks getting in my face several months ago. Etc etc, so in a group, i think i would be even more strong and keep myself in check.
Its easy to go in and be aggressive as a 270 plus pound dude, but that would make myself, my wife and everyone else that is there look like assholes, we will be smarter than that. At 30 would i be able to do the same? Probably not, at 50 i believe and know i can keep my hands in my pockets. I swear at the tv like a maniac, when i see Trudeau my world flips, but i can do it.
So i need a few degrees warmer temps so my farm doesn't freeze, and we are heading East...I may even go West if things pick up in Surrey, then i can go quicker as its much, much closer.
L

I know I'm late on this but just joined a couple of days ago. But thank fucking God for this thread, because between my family and some friends, it felt like I was the last sane person on the planet. Listening to the media here and comparing what I would see online was like 2 different worlds. It's nice to see the whole world hasn't been brain washed yet.

MTLifts said:
I know I'm late on this but just joined a couple of days ago. But thank fucking God for this thread, because between my family and some friends, it felt like I was the last sane person on the planet. Listening to the media here and comparing what I would see online was like 2 different worlds. It's nice to see the whole world hasn't been brain washed yet.
Click to expand...

You should read through the COVID thread lol.

Trusted Member
The whole point of turning us against our governments is so that we will be digitally controlled by One World Government.

Get better politicians who do not work for the Global Elites. Resist Corporate presence in life by choosing to by local.